Posted by The VEDS Movement 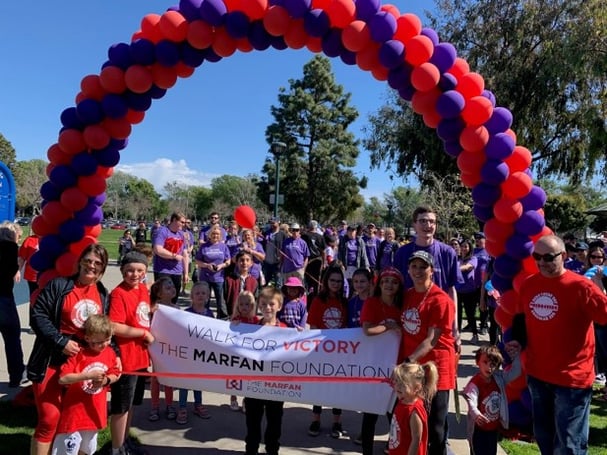 This year, The Marfan Foundation celebrates its 40-year anniversary, while The VEDS Movement begins its second year as a division of the Foundation.

Looking back over the history and successes of the Foundation provides an inspiring vision of the future for people with VEDS, or Vascular Ehlers-Danlos Syndrome. In the 40 years since the Foundation’s inception, it has created a vast network of support, educational resources, and community for those living with Marfan syndrome and related conditions. It has become the backbone for Marfan research, and, because of the efforts of the Foundation and its dedicated community of volunteers and physicians, the awareness of Marfan syndrome has improved, and so has survival.

When the Foundation opened its arms to the VEDS community in 2019, an incredible shift occurred. As we shared tables with those with Marfan and Loeys-Dietz syndrome at the 2019 Annual Conference, we created connections with others we could relate to. We became a part of this broader community of those at risk of aortic dissection. While our conditions are different, an innate understanding of the risks we live with and the fears we share was realized.

From within the broader Marfan community, the VEDS community was welcomed with open arms, too.

“Joining forces with the VEDS community and creating The VEDS Movement felt like a natural extension of The Marfan Foundation family, said Maya Brown-Zimmerman, advisor to the Foundation’s Professional Advisory Board who is living with Marfan syndrome. “Our experiences are similar and relatable, but the differences between us also give us much to teach other. The research opportunities that come as a result of joining forces are also particularly exciting!”

Maya shared that the broader aortic disease community can benefit from partnerships like these. She also has been able to build strong relationship with moms in the VEDS community, and is inspired by the support she sees between our communities online.

Kristi Posival, a member of the community with VEDS and a member of The VEDS Movement Steering Committee, is also very positive about having VEDS recognized by the Foundation, and notes that this has altered the course for VEDS.

Already, through this connection with the Foundation, we’ve created an Emergency Preparedness Kit for those with VEDS and a VEDS Continuing Medical Education course. We have active virtual support groups weekly, hosted by Foundation staff and supported by leaders in the VEDS community. The physicians on the Foundation’s Professional Advisory Board and experts around the world have presented webinars on topics ranging from the ABCs of VEDS, to gastrointestinal issues, vascular surgery, and genetics.

“They have done an incredible job of not only raising awareness outside the VEDS community, but have also given people with VEDS the tools they need to navigate emergencies and everyday life,” said Aaron Sander, another member of the VEDS community and VEDS Steering Committee. “From providing people with information that explains VEDS to their doctors, to helping individuals assemble their care teams, The VEDS Movement is creating a safer life for those with VEDS who might otherwise be scrambling for the information they really need.”

As we enter only our second year as The VEDS Movement, we stand on the shoulders of a Foundation rooted in 40 years of progress, and charge forward at a speed aided by the experience of those who have come before us.

We found a home with The Marfan Foundation. 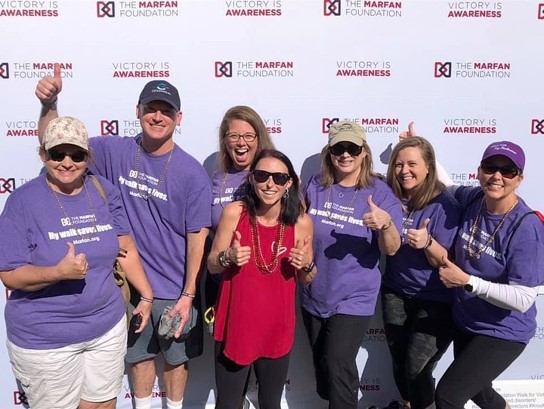 The VEDS Movement mission is to save lives and improve the quality of life of individuals with Vascular Ehlers-Danlos Syndrome (VEDS).