A Costco Shopper Saved my Life 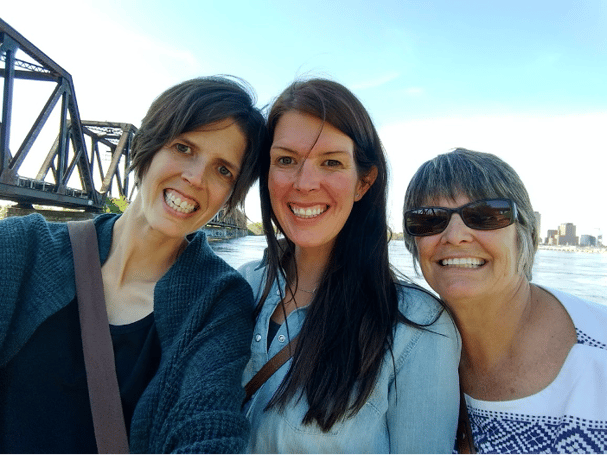 “If she’s your Mom, you need to get tested,” a woman said to me.

She had noticed me – a 6’3” woman – hovering over my 5’7” mom in line at Costco in Peterborough, Canada. She looked me up and down, before urging me to get tested for Marfan syndrome. She also pointed over to her husband and son, mentioning they had the disorder.

Polite as heck, I felt like I was doing her a favour, looking over at their difference and locating it safely outside of me. “So, that’s what Marfan looks like over there,” I thought.

At home, I searched for information about Marfan online. Medicalized illustrations of long, lanky limbs ran alongside terms like signs, symptoms, problems, and abnormalities. There didn’t seem like much possibility there. I didn’t want to think of myself as “suffering from” anything without also been seen as someone figuring it out or making stuff happen in my own right.

But I also had to admit that Marfan made sense for me. I had the tall build, long limbs, flexible joints, and stretch marks. I could even wrap and overlap my hand around my opposite wrist. 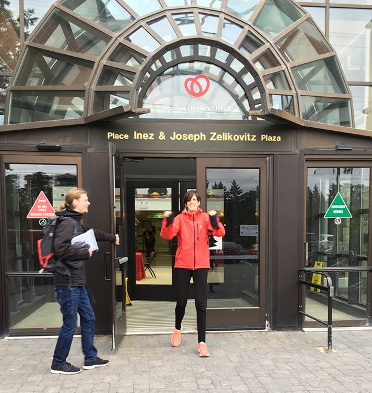 It wasn’t long before a geneticist confirmed the diagnosis. I was also diagnosed with an aortic root aneurysm (essentially a bulge that was at risk of tearing or dissecting) and told that I needed cardiac surgery at age 31, which is something that can be common for people with Marfan syndrome.

Looking back now, at age 35, I like to think of the open-heart surgery recovery process as a crash course in slowing down and honouring my vulnerability. Like an undercover memoirist, I wrote down funny one-liners from unsuspecting patients and medical professionals. I even signed up for a cardiac walking group, where I walked and stretched and nearly pulled a muscle running to grab a pen and paper when a fellow patient yelled, “If you haven’t had a code blue, you haven’t lived!”

Conditions really matter. As I’ve reflected on it, I’m grateful that, with public healthcare in Canada, I didn’t have to worry about health insurance or about paying for care, and was able to focus my energy on recovering. I walked two minutes the first day out of the hospital and four minutes the next. It was a slog of a recovery, but overall I found a lot of joy and meaning in it, which is something that I shared about in my one-woman show, The Wounded Joker. I’ve mostly been grateful for the life-saving diagnosis and life-saving open heart surgery.

My mom, Kathy, and younger sister, Claire, were also diagnosed with Marfan shortly after I was. Their diagnoses came as a surprise, as they are both much shorter than me. Neither of them had been obvious candidates for comments from strangers. We learned that connective tissue conditions express differently in different people. Not everyone looks the same. Not everyone is tall and skinny. Not everyone is easy to diagnose or spot in a crowd.

As I’ve also come to appreciate, not everyone with Marfan frames their experience in the same way. People find unique and interesting ways of talking about their lives. This has come as a relief as, at first, I worried about being put in a box as a woman “suffering from” Marfan syndrome. I didn’t want to be “Marfan Jan” or to be a type of person who has a type of experience or who says a type of thing. It has meant a lot to connect with others with thoughtful ways of talking about it. “Well put,” I’ve often exclaimed.

As I’ve asked questions about how to embrace difference or live with the uncertainty of not knowing when or whether I’ll need another surgery, I’ve been grateful for others who have been willing to slow down, share their stories, and join me in unpacking the parts that feel really human about it.

I am also profoundly grateful to the woman who flagged me down in Costco. What initially felt like an awkward encounter in the checkout line ended up being a life-sustaining act of care that has set me on a path of connecting and community-building. There’s been a lot of possibility in that.