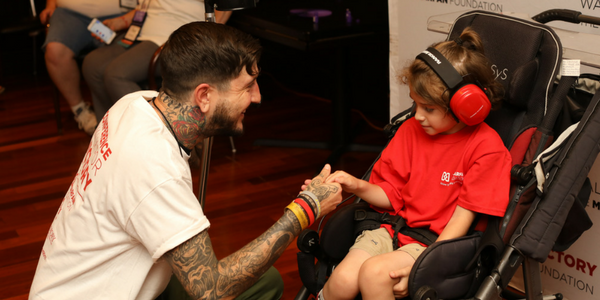 After Michael J. Fox was diagnosed with Parkinson’s, I casually commented that the Marfan community needed a celebrity of its own to make Marfan syndrome something everyone had heard about. I was wishing for a world where my rare disorder didn’t seem so rare—or as disordered as it felt sometimes.

But in light of Marfan Awareness Month, I’ve been reflecting on that conversation. My views have changed from wanting a celebrity who could make my life easier to hoping that every person with Marfan syndrome or a related disorder—famous or not—is diagnosed, feels supported, understood, and comfortable using their story to bring awareness in a way that works for them.

That said, there is still something in me that feels excited when I learn that a famous person is part of our Marfan community. I came up with a few key points about why it matters to me. Maybe you’ll be able to relate, or maybe it will inspire you to think of different reasons of your own.

They remind us we are not alone.

They remind us we can achieve big things; that limitations don’t have to limit us even if they may change our path a bit.

They remind us that our impact can outlive us.

They remind us that everyone, even those who don’t actually meet diagnostic criteria or carry the genetic mutation, can do a lot to spread awareness.

Famous people are first and foremost people, and I don’t want their fame to minimize that truth. Seeing the way they’ve managed the unique joys and struggles of living with Marfan syndrome (or the suspicion of it) in the public eye is encouraging. I’m thankful they’ve chosen to share that with us.

Share your story on social media during Marfan Awareness Month and all year-long. Make sure you use our hashtag, #KnowFightWin. If you’d like to write something longer for The Marfan Blog, you can submit it for consideration to publicity@marfan.org.

Dawn Knowles is a member of the Foundation’s Marfan Writing Group who was diagnosed with Marfan syndrome at age 21 and survived an aortic dissection at age 28. She loves writing, going to the beach, and, most of all, spending time with her husband, Rick, adult kids, and two adorable grandsons in sunny California.