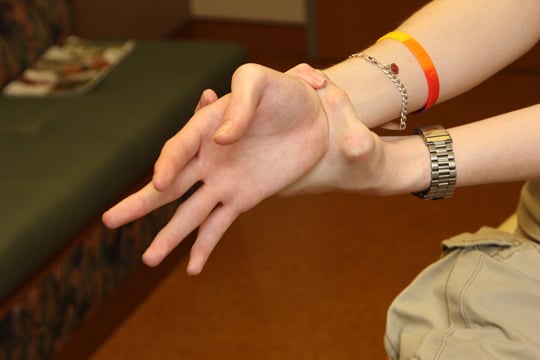 Nutrition, Weight, and Quality of Life - Part 1 of 3

I am so excited about The Marfan Foundation’s initiative to focus on the quality of life issues that affect our community. As the mom of a nine-year-old girl with Marfan, I think about my daughter’s quality of life — at present and in the future — on a daily basis. Quality of life encompasses so many things, and the area that has been a primary focus for us in the last year and where we have seen fantastic results is in nutrition and weight gain.

END_OF_DOCUMENT_TOKEN_TO_BE_REPLACED

Over the next five years, Cassie's doctors' appointments were kept to her pediatrician and her three major specialists -- cardiologist, orthopedist, and ophthalmologist. Her heart was monitored by echos every four months and her aorta was kept in check with medication. She wore ankle braces and had a back brace for a time. And she has worn glasses since she was 5 months old. Things were busy, but manageable.
END_OF_DOCUMENT_TOKEN_TO_BE_REPLACED